In 2003, Evanescence crashed into the public consciousness with their ubiquitous single Bring Me To Life, establishing themselves as nu metal’s goth wing. Following a messy, public spat which saw co-founder Ben Moody leave the band later that same year, vocalist Amy Lee emerged as the band’s driving force.

Since then, she’s pushed Evanescence’s ethereal sound into new directions. Now, with the release of new single Wasted On You, and the news that the band’s first original studio album in nine years is on the way later this year, there’s no better time to look back over their four studio albums. 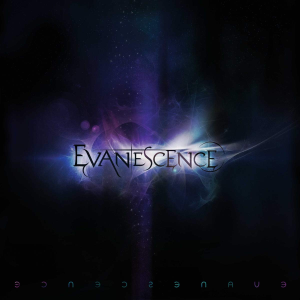 Following a five-year hiatus and several lineup changes, by the time Evanescence released their 2011’s self-titled album, Amy was the only remaining original member. Sonically, Evanescence signalled a shift in the band’s sound that the singer described as “Janet Jackson meets Nirvana”, merging grungy, alt-rock and pop sensibilities with the band’s signature sound. Lead single What You Want is still a banger and My Heart Is Broken and Oceans have become fan faves, but overall Evanescence is a patchy, front heavy affair with too many forgettable tracks. The band took a five-year hiatus in the wake of their self-titled third  album, during which time vocalist Amy Lee had a baby and assessed the band’s next direction. Inspired by her experience of scoring film soundtracks, rather than returning armed with an album of original new material, she took a left turn, giving Evanescence’s old material a cinematic, orchestral makeover.

Although Synthesis is Evanescence’s most experimental album to date, Amy sounds completely at home surrounded by sweeping strings and ambient electronics, and amid Bond-esque grandeur, the likes of Lithium and Lacrymosa shine up like new pennies. But at 16 tracks Synthesis can be an overwhelming, overwrought experience at times. Be honest, you expected this to be number one didn’t you? After all, Fallen was the album that put the band on the map, introduced the world to Amy and her remarkable voice and sold a career-making 17 million copies.

Perhaps it’s the presence of breakthrough lead single Bring Me To Life, but Fallen feels tied to a particular moment in time more than any of Evanescence’s later work. Sure, the Peter Pan-esque My Immortal will always be a towering thing of beauty, but listening now, the nu metal crunch of heavier material like Everybody’s Fool and Whisper have dated pretty horribly. Fallen made the Arkansas band megastars, Evanescence would surpass it with their next album. Following up a hyper-successful debut was never going to be an easy ask and The Open Door was initially viewed as a disappointment after Fallen. But while it sold a fraction of its predecessor, Evanescence’s second album stands up way better today.

Following the acrimonious departure of band co-founder Ben Moody, Amy was free to experiment and, stripping away some of the inherent machismo of their debut and putting her front and centre, this was very much her album, aligned solely to her melodramatic, celestial vision.

On Sweet Sacrifice and Call Me When You’re Sober, Amy’s song writing talents were finally given the spotlight they deserved, and Cloud Nine and The Only One found her amping up the creep factor with ghost-in-the-mirror ambience.

It’s taken time, but over the years tracks like Lacrymosa and Lithium have become some of the band’s best loved tracks and The Open Door has stepped up as Evanescence’s most enduring statement.